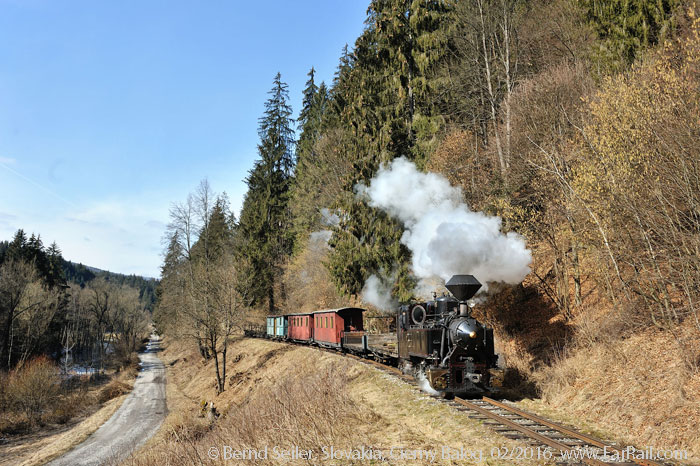 Shortly after the beginning of a new political age, in 1991, the chamotte factory, and its 600mm gauge railway, was closed. Czech railway enthusiasts knew about the historical value of this little railway with its unique locomotives. The locomotives used to be the last Engerth locomotives in use on the continent. Hence, they preserved the line and some of its locomotives. Two locomotives are still serviceable and will be used for our charter trains.

One of the locomotives will be prepared in such a way that it looks like a real industrial locomotive. It will haul a train of tippers in an unpolished and grimy condition – just as it used to be throughout most of their lifetime.

In central Slovakia, there survives a solitary 760mm gauge forestry line, operating as a tourist railway. The line passes villages, fields and through forests. Some parts are steep and will allow us to listen to the hard working locomotive.

We’ll visit these two lines shortly before the tourist season starts. The lines will be clear of vegetation while the chosen week might be good for seeing trees in blossom.

We’ve decided to use rail to travel to the site as there is no airport nearby served by major European airports and a long bus ride is not appealing. At the site we’ve chartered buses to allow us to reach our hotels conveniently.

Both parts of the tour can be booked separately. 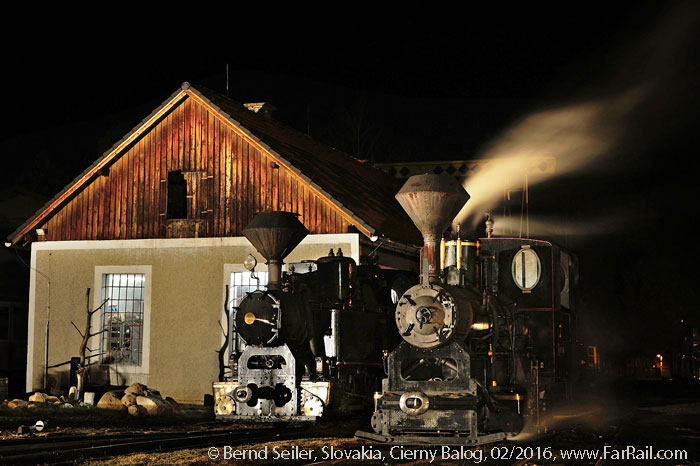 The 600mm gauge railway of Mladějov used to carry coal and clay to a chamotte factory, running trains with small tippers. The line starts with a big horseshoe curve in quiet flat fields before reaching the mountains where it disappears into deep forests. The locomotives face a slight but constant gradient all the way to the current terminus. In spring 2017 the usable length of the line should be 8km. 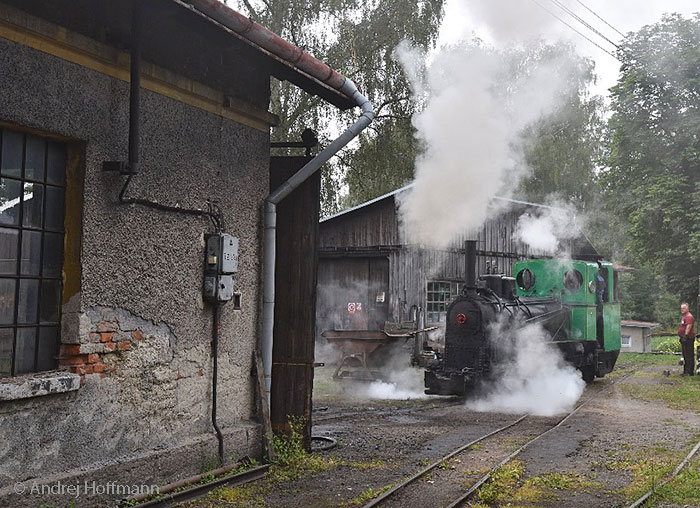 One of the very few really authentic looking steam depots in the world: Mladejov.

The second serviceable locomotive is No.5, which was built by Krauss in Linz again, in 1929. The manufacturer’s number is 1518. The loco is more powerful than No.1, with its 70hp. 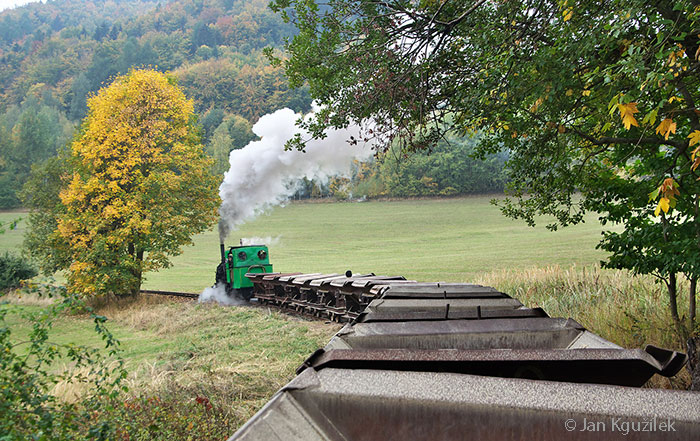 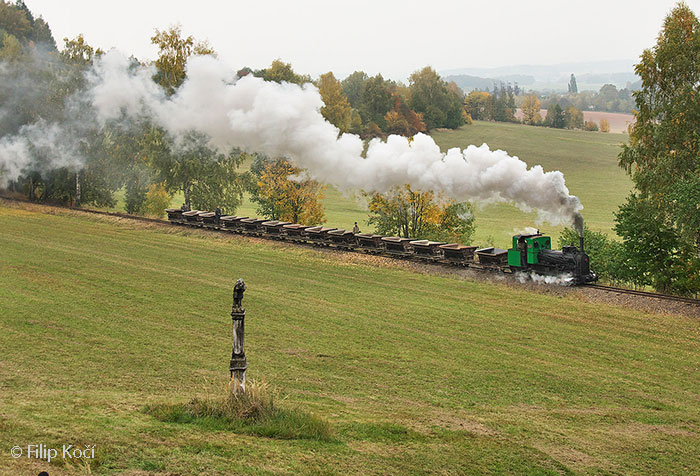 Around 100 years ago many forests were invaded by forestry lines, especially in Central and Eastern Europe. Čierny Hron, today mostly know as Čierny Balog, was among these, with the first stretch of the line being built in 1908. Over the years the system was developed to a total length of 132km. 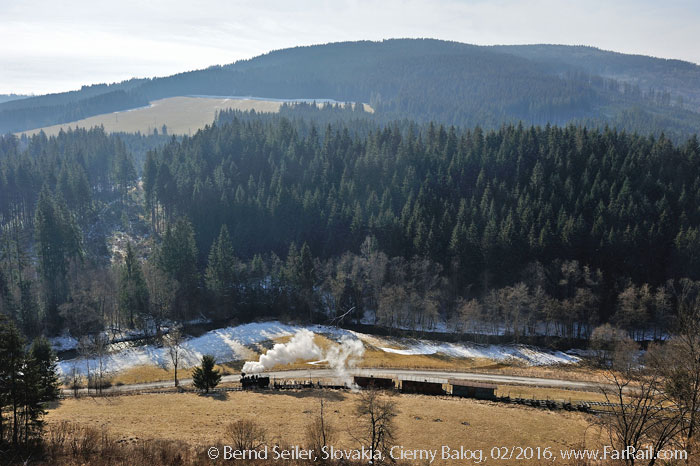 The museum line has five serviceable pairs of trucks for logging transport plus a few flat wagons which were also used for wood transport, mainly sawn logs or planks. As usual on most of the logging lines in the mountains empty trains were brought chimney first uphill into the forests to the loading points while loaded logging trains rolled downhill tender first to the sawmills in the valley. This was also the usual operation in Čierny Balog. However, there were sawmills in Čierny Balog and Hronec. Because the mill in Čierny Balog was larger it could process the biggest logs. This sometimes caused the unusual transporting of logs from the lower end of the line up to Čierny Balog. In later years when the saw mill in Hronec was working beyond its capacity, or was in need of repair, there were quite often trains loaded with logs travelling the “wrong way round”, i.e. “into the forest” to go to the capable sawmill in Čierny Balog. Even during the last year of real operation, 1982, there could often be seen loaded logging trains going uphill to Čierny Balog. Hence uphill loaded trains travelling chimney first are authentic on this line, giving us useful additional photo opportunities.

They have four serviceable locomotives:

From the list you can see that we can only use the Budapest locos 1879/1906 and 4280/1916 to form reasonably authentic trains. The trains will look authentic, but the locos are not original Čierny Balog engines. This is the compromise we have to allow. However, the trains will look good and we will load one of the trains with real logs to make it look even more authentic.

We’ve included half board (breakfast and dinner). On the (standard gauge) train rides meals are not included. However, we’ve reserved seats in the dining car on our way from Mladějov na Moravě to Brezno. Our bus can’t reach every place we want to go, so please prepare your luggage in a way that you can carry it yourself over a distance of about 400 yards.

Occasionally, our minibus might need to cover a short distance twice or three times to carry all of us. 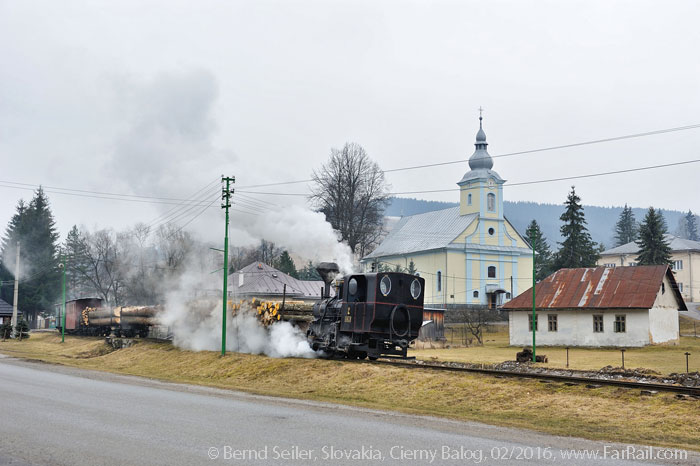 The Czech Republic and Slovakia are members of the European Union and Schengen states. In the Czech Republic you’ll pay with Czech Crowns (in August 2016 £1 = 32 Crowns) and in Slovakia with Euros. A traveller from the EU does not need a visa, just a valid ID. Others please check with your embassy.

Both countries are secure. However, there is always a risk in and around railways, especially if you want to jump on or off a moving train (which is prohibited) or mix with moving rail vehicles as well as road traffic. Using common sense is the best way to avoid incidents. Neither FarRail Tours nor the local operators can be held responsible in any case of accident, damage, delay etc. You’re travelling at your own risk.

It’s always a risk to leave home, and this tour is no exception. There are no guarantees. A loco can fail, a flood can wash away parts of the track and so on. The chance of receiving any compensation if things do not go to plan is microscopic. Taking part in the event means you must accept that nothing is guaranteed and refunds are highly unlikely if something does not run to our liking.

The number of available single rooms is very limited. 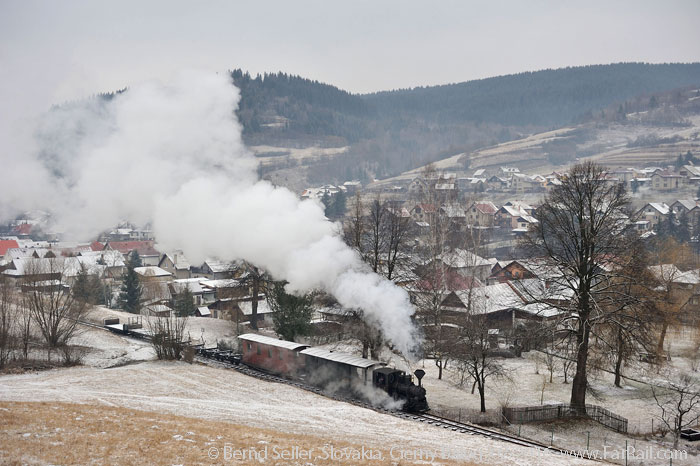 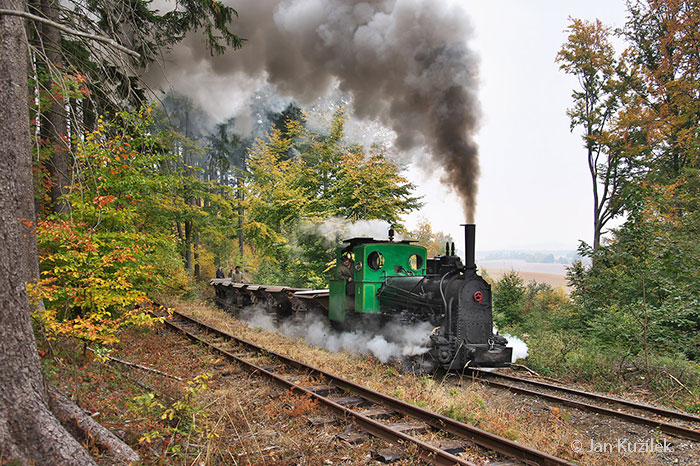 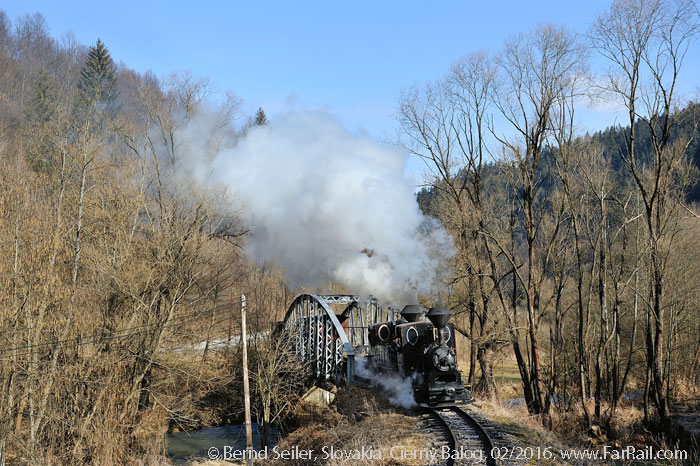