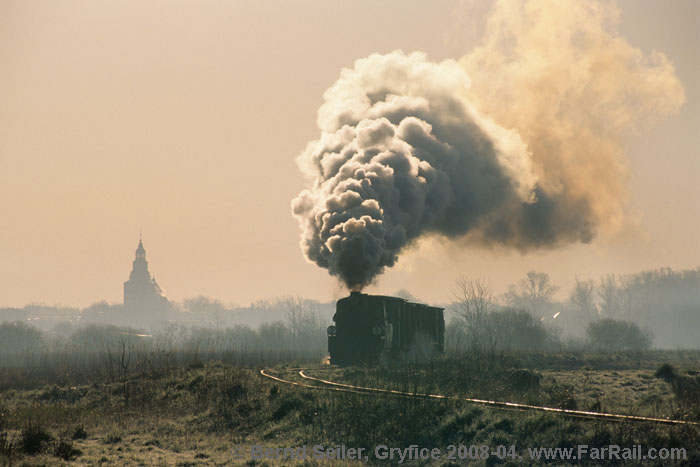 We combined two exciting narrow gauge lines: one of the last lines with wooden telegraph poles along the rails: Smigiel (Schmigiel) and the metre gauge line in Gryfice (Greifenberg). This time we’ll haul an authentic train in both directions chimney first. The usual tourist coaches won’t be attached to our train, so together with the PKP logo on the freight cars, the train will look as they did 30 or 40 years ago. 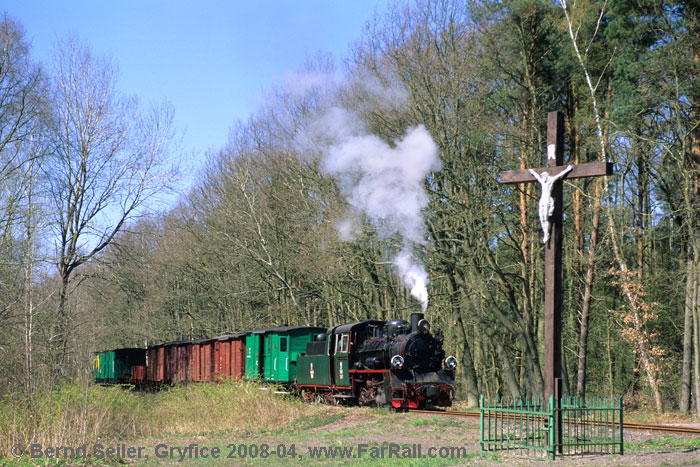 The only remaining line of a former network of some 500 km long (of which 168 km belonged to the Greifenberger Kleinbahnen) was taken over from the Polish State Railway by the city council of Rewal in 2001. Since that time the railway has offered a tourist schedule for summer guests on the coast. For this purpose they built several open coaches and some with a roof. Trains are usually hauled by a diesel. Of course we can’t use these tourist coaches for our train. Therefore we’ve arranged a partial overhaul of seven freight wagons which we’ll use for our authentic train. The white stripe on the van will be painted over as well, so the train will look like a train from the 1970’s.

Only the section Gryfice – Pogorzelica (Greifenberg – Fischerkathen) is still usable. The line heads northbound and later eastwards, so giving us the best light for some nice glint shots.

The museum in Gryfice has many locomotives on display which are from the first company who operated the railway (and many other minor lines), Lenz & Co. Our charter freight train will be hauled by one of the 16 re-gauged locomotives of the class Px48 (originally 750 mm).

Because of the lack of sufficient rolling stock after WW II (when this former German territory became part of Poland) most of the 1,000 mm gauge lines were re-gauged to the Polish standard of 750 mm. However, some of the lines on the Baltic Sea remained as meter gauge lines. Gryfice is one of them. 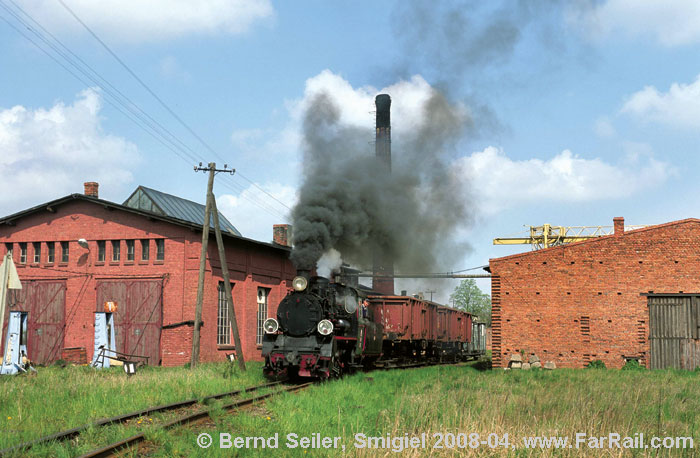 The “Schmiegelner Kreisbahn“ was also built as a meter gauge line and was re-gauged after the war to the Polish standard gauge of 750 mm. From the former 50 km line length, only a few are still in use. Since the city council of Sroda took over the line from the state railway they have made a loss (actually the PKP made a loss with the line as well). Therefore the line has a very uncertain future. The installations and rolling stock need urgent repairs, but the railway doesn’t have sufficient money to carry them out. Only a very limited freight traffic remains. They had to give up most freight traffic to Wielichowo because their track condition doesn’t allow standard gauge wagons on transporters any more.

Smigiel has no passenger coaches any more, the school traffic was operated by Romanian railcars and trailers. On the pre-tour to arrange the trip we checked all available rolling stock and finally found some freight wagons which could be made serviceable for little money. If the line will be re-opened by October we’ll use the narrow gauge freight train from Wielichowo (from 1939 – 45 Wiesenstadt) to Smigiel. If Wielichowo is not reopened, we’ll run to Stare Bojanowo (old Boyen). More than four wagons are not possible because the track is so uneven that the wheels of the loco will almost never have contact with the rails all together at the same time. Given this, the load and the speed of our train will be very limited.

The Smigiel line is one of the very last Polish narrow gauge lines in western Poland which has still wooden telegraph poles alongside the line. Together with the gradient in Stare Bojanowo and the typical, for ages unchanged houses there are plenty of photographic opportunities. 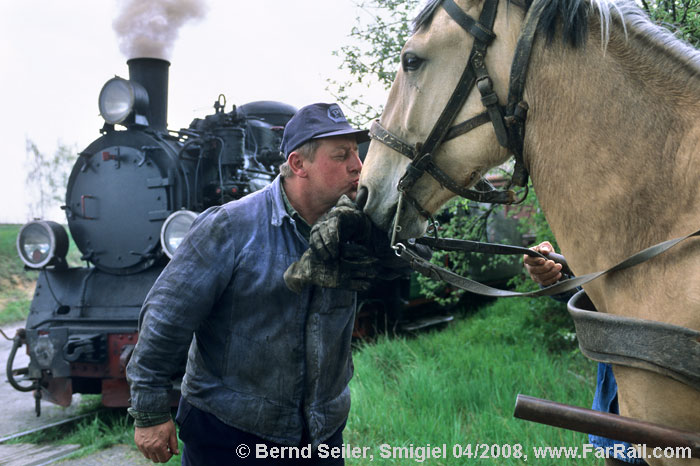 The tour is designed for the demanding photographer and video film maker as well as for the lover of authentic narrow gauge steam trains.

Poland is a basically agricultural country of the European Union. Following a recession, the economy is now growing strongly. Nevertheless, you should be prepared to experience occasional shortages. The state of repair of many buildings does not match that in Canada, UK or Germany, for example, and the condition of the roads leaves something to be desired. Traffic may follow different rules from those you are used to. The official language is Polish, and the younger population often has a decent command of English. Older citizens often speak some German. 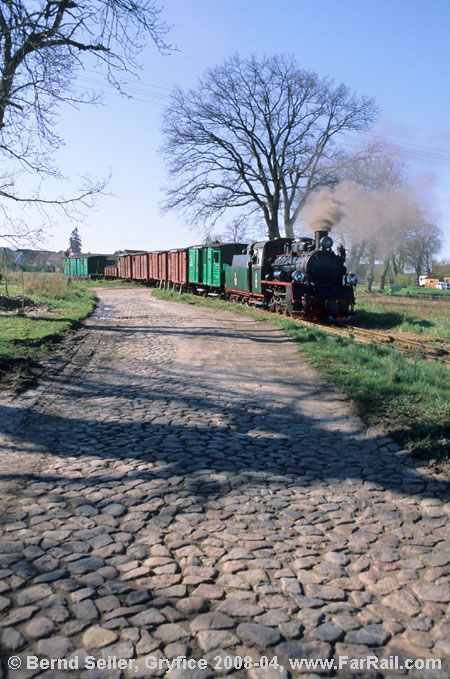 Petty crime such as theft or pickpocketing is no worse than in other European countries. Nevertheless, you would be well advised to keep a close eye on your photo equipment and vehicle. Our hotels can be considered as secure.

Please be considerate to others when taking pictures since all participants want to bring home high-quality shots. To make this tour successful for you, you should bring a tripod. We may take some night shots, so please be prepared.

Please note that this trip is not arranged on a full-board basis. On a few occasions, depending on train movements, we may not have time for regular meal breaks. Breakfast is included from 24th to 26th of October, dinner on 23rd and 24th of October (not 25th). Beverages are not included in the tour price.

Entry into Poland requires a valid passport. No visa is required for citizens of the European Union.

Electricity (220V, 50 Hz) is available in all our hotels, power cuts are very uncommon. You may need an adapter for the sockets. Mobile phone coverage is very good, Poland uses the normal European standard. Please take care as you will have to pay roaming costs for incoming phone calls as well as outgoing. 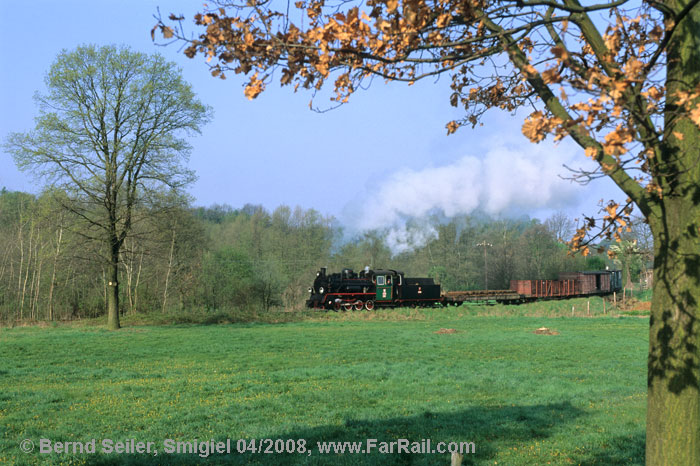 The two narrow gauge lines each have only one serviceable steam locomotive. As there is no spare, technical problems may put us in a situation where we can’t offer the proposed steam train. In addition you need to consider that the condition of the railway track is, sometimes, very poor. Derailments may occur. Hence we can’t guarantee that we’ll see both lines with steam. Please be prepared that not everything may run as ordered. It’s very unlikely that something will not work out as ordered, but we need to be prepared.

There are only two single rooms available (Rybokarty). 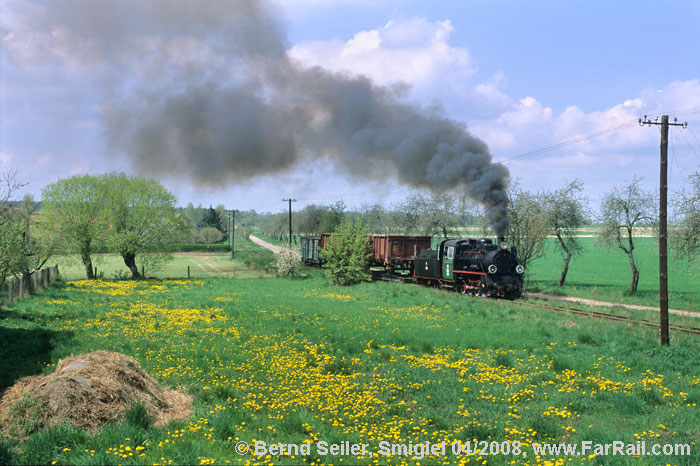